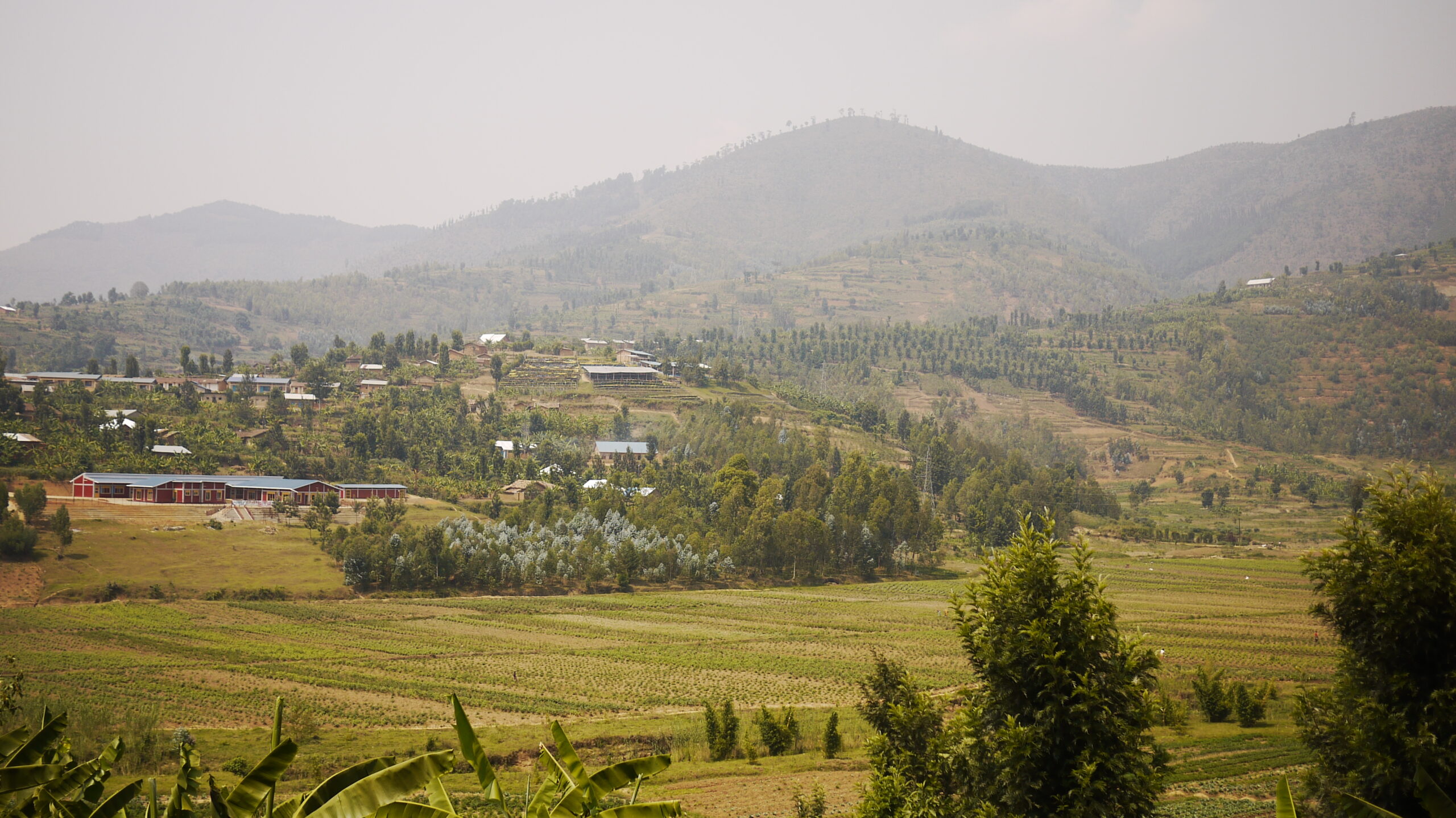 From our Green Coffee Buyer for Rwanda J Mlodzinski:

Kinyarwanda is the official language of Rwanda, and Imena is Kinyarwanda for hero.

Our Zirikana Imena Rwanda is a new Intelligentsia offering that marks the beginning of an exciting new phase in our Direct Trade relationship with Furaha Umwizeye and Kivubelt Coffee.

Furaha was born in Rwanda, raised in the Democratic Republic of the Congo and educated in Switzerland, where she studied economics.  Like many Rwandans who were abroad during the country’s horrific genocide in 1994, Furaha found herself searching for ways to contribute to Rwanda’s ongoing reconstruction.  Unlike many of them, her studies of international finance and trade had prepared her to lead processes of economic development and market engagement.  In 2011, she started Kivubelt, a coffee farming, milling and export operation in the Western Province of Rwanda on the shores of the breathtaking Lake Kivu.

Kivubelt owns and operates three large farms with more than 90,000 coffee trees, which makes it a considerably larger undertaking than most farms in Rwanda.  For years, Kivubelt rented a coffee washing station (CWS) in the village of Murundo to process the coffees it has grown on its three farms, delivering this coffee our friends and long-time Direct Trade partners at Bufcoffee for dry milling and export.  But the company has also been working for several seasons with smallholders in the region as part of its mission to leverage the coffee trade for positive social impact.

In the rolling hills that surround the Murundo CWS live hundreds of smallholder growers with small coffee gardens.  The scale of their operations may be modest, but little else is: they are set in a growing environment ideal for coffee quality, planted with traditional Bourbon cultivars and tended by farmers with a fierce work ethic.  The two recent Cup of Excellence awards won by coffees grown on these smallholder farms and processed by Kivubelt at the Murundo CWS are testament to the potential of what Furaha calls the People’s Farm.

Furaha describes the inspiration for the name of this release:

“The idea behind Imena is that our neighbors are small-scale coffee farmers who grow their coffee in very high and very hilly terrain, places that are accessible only on foot, or perhaps by bicycle or motorbike.  Basically they grow their coffee with their hands, hoes and feet. When the cherry is ripe, they hand-pick it and walk with it on their heads to the coffee washing station, and all this during the rainy season when the roads have turned to mud.”

To Furaha and the team at Kivubelt, in other words, Rwanda’s coffee farmers are heroes.

But Imena isn’t just the way Furaha and her team from Kivubelt feel about the farmers that neighbor the Murundo washing station.  It is also an aspiration: they want to make heroic contributions to the economy of the region, which is why they work so hard to deliver agronomic assistance, pay the highest prices possible for cherry, process coffee with meticulous attention to detail and build lasting relationships with leading roasters.

In 2017, Kivubelt bought the Murundo CWS and began introducing tighter controls on cherry reception, improvements to sorting procedures and upgrades to the milling process.  We tasted the difference immediately in this lot of Zirikana Imena, which is simultaneously the culmination of years of hard work and the beginning of a new chapter of collaboration between Intelligentsia, Bufcoffee, Kivubelt and the hundreds of heroic farmers who deliver their coffee to the Murundo CWS.

We introduce you to them individually and offer you their coffee here.