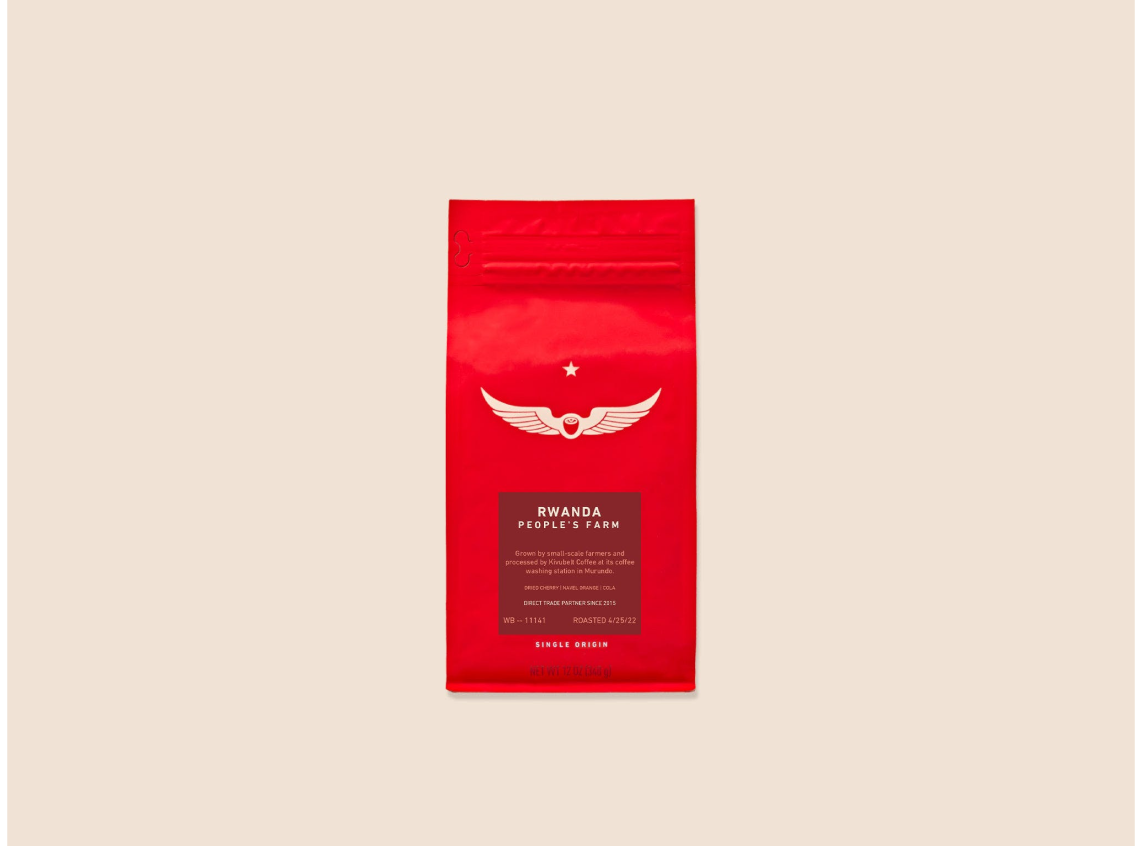 The washing station model often trades transparency and traceability for efficiency and scale. When a single washing station commonly collects cherry from thousands of far-flung farmers at dozens of purchase points in its “catchment areas.” it is easy to understand how it might lose track of which cherry comes from which villages and which growers. And things are complicated even further by the small scale of farming operations in places like Rwanda and stiff competition between washing stations. Deliveries can be very, very, very small — some households turn in just a few pounds of freshly harvested coffee cherry at a time — and a single shipping container might contain as many as 3,000 individual day-lots or more. And since the catchment areas from rival washing stations routinely overlap, growers looking for the best deal might deliver cherry to different washing stations from one season to the next, or even from one delivery to the next within the same season.

People’s Farm is the opposite of all that. It isn’t a farm at all — it is the name Kivubelt Coffee chose for its ongoing collaboration with hundreds of small-scale family farmers who neighbor its coffee washing station in the remote village of Murundo. From the beginning of the project in 2014, our friends at Kivubelt Coffee have worked hard to deliver enough value to growers in the community that they wouldn’t want to sell their cherry to anyone else.

Kivubelt selects the best seed for the nursery it operates in Murundo and provides coffee seedlings to local growers. It brings agronomists from Kenya for training on improved farm management. It works to help improve quality, with some notable successes, including a third-place finish at the Rwanda Cup of Excellence in 2018. And Kivubelt connects participants in the People’s Farm project to roasters like Intelligentsia.

We have sourced coffee from the People’s Farm project since 2017. This represents our third single-origin release from the project.