Rwanda: Begin at the beginning 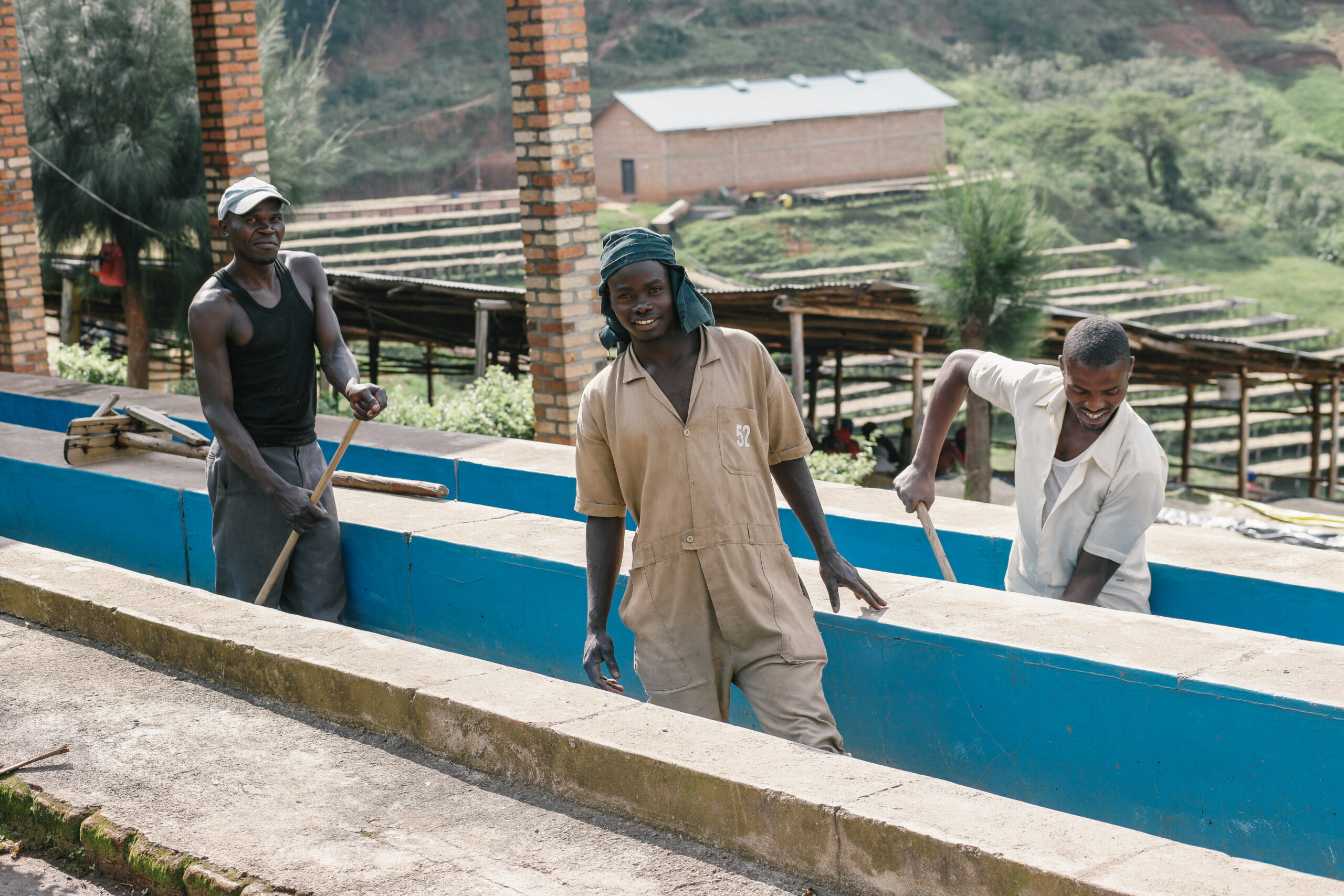 I sat down recently with my colleague Geoff Watts in our makeshift studio here in Chicago to record introductions of our two current Rwanda offerings: the single-farm Gaspard lot and the Zirikana lot from Buf Coffee’s Nyarusiza washing station.  Geoff is nothing if not thorough in his communications, and he began the conversation, as he tends to do, at the beginning.  We soon realized that before we tell the stories behind our current crop Rwanda coffees, we need to tell the story of the Rwanda itself, and how a country that didn’t have a specialty coffee sector 20 years ago has come to be such a reliable source of such delicious coffees.

In telling that story, we lean heavily on Geoff.  After all, he was present at the creation, and he did make some mighty contributions to the process over a period of many years.

We also reach out to the guy who started it all, Tim Schilling.  Coffee people of a certain generation may know Tim only as the CEO of World Coffee Research.  What they may not know is that Tim got his start in coffee in Rwanda, leading a project called PEARL that has become a reference point for every other coffee project ever implemented since — a benchmark, an aspiration, an inspiration.  But PEARL wasn’t designed to be a coffee project at all.

When Tim, a Mississippi-born peanut breeder, took the reins of the project, he had never worked in coffee and didn’t plan to start in Rwanda.  His task was simply to devise and implement a rural development project that would benefit as many people in Rwanda’s countryside as possible.  When he and his team fanned out in the field to identify crops with potential to deliver on the project’s mandate, one word echoed louder than all the rest that rose from the country’s thousand hills: coffee.

The Rwanda specialty coffee sector represents one of the industry’s greatest success stories — in little more than a decade, the country didn’t just put itself on the specialty coffee map.  It became a star — a reliable source of distinctive coffees and a seasonal mainstay on the menus of even the most discriminating coffee roasters.

The PEARL project, funded by USAID, joined by industry leaders like Geoff, and led indelibly by Tim, was a catalyst and central player.  Tim was honored in a special ceremony last year by Rwanda’s government for his role in the process.  Tim says he was touched by the gesture, but in the characteristic humility that has made Tim such an effective and beloved leader, he is quick to shift the credit to the Rwandans who have done all the heavy lifting.

Geoff echoes that sentiment in his commentary on our partners in Rwanda and the roles they played in the country’s coffee resurgence.  His account includes a very personal and emotional reflection on what it was like to work in a country shattered by genocide.  It comes in response to a question I ask, reluctantly and gingerly, about his personal motivations in Rwanda.

I am not sorry I asked the question, but I am still not sure it was the right thing to do.

The story of the country’s genocide isn’t really an essential part of the story of the country’s coffee sector.  Rwanda’s coffee is exceptional.  It is worthy to stand on its own without reference to the context out of which the country’s coffee sector emerged — you would buy it again and again just based on how it tastes, without the story of where it came from.  The risk in referencing that context is that it distracts from the coffee’s intrinsic quality.  That by refracting the story through the lens of our own perspectives, we rob Rwandans of the opportunity to tell their own story on their own terms.  Worst of all, there is the risk that the conversation will be seen as trafficking in other people’s suffering for our own purposes.

On the other hand, the story of the country’s genocide really is prelude to the story of the country’s coffee sector.  As Tim explains, the PEARL project was designed precisely to help foster the reconstruction of the rural economy and accelerate the country’s recovery from the unspeakable losses sustained in the genocide.  As Geoff explains, the long shadow the genocide cast over every aspect of life in Rwanda was an explicit source of motivation for him in his work.  While there may be some risk in referring to the genocide in this context, it seems that not acknowledging it is endlessly worse — oblivious to culture and context, insufficient to any appropriate appreciation of the coffees we source from Rwanda, and callous to the painful experiences of our supply chain partners and friends in Rwanda.  I hope you agree.

Listen to the Intelligentsia Buyer’s Notebook for Rwanda here.

To add the podcast to your feed, subscribe on iTunes or Soundcloud.