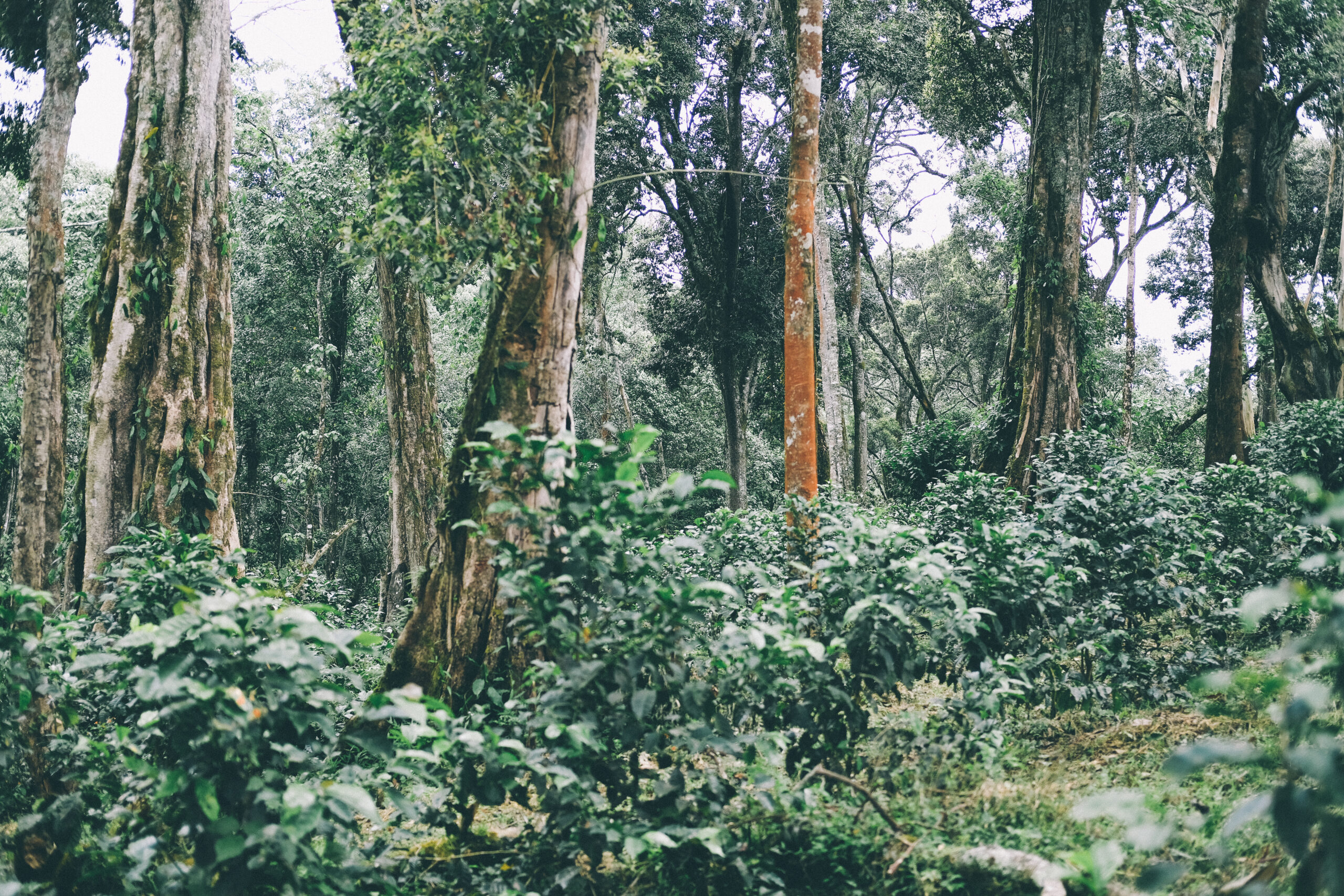 Today we introduce a new podcast feature we are calling the Buyer’s Notebook — the stories behind our coffees in the words of the buyers who bought ’em.

The first installment is a conversation with our Ethiopia coffee buyer Geoff Watts about Gesha Village, the extraordinary undertaking of Rachel Samuel and Adam Overton in a remote wilderness in southwest Ethiopia near the center of origin of coffea Arabica.  Rachel and Adam were storytellers before they became coffee farmers, and they may have found in Gesha Village their best story yet — it is an incredible-but-true tale of how two filmmakers were seduced by coffee and came to lead an unlikely coffee revival in the forests where coffee was born.

To be honest, it might be an exaggeration to call this episode a “conversation,” since it consists entirely of Geoff’s response to one simple question: “Why are you so excited about Gesha Village?”  As it turns out out, there are lots of reasons to be excited about Gesha Village.  After an eight-minute response, Geoff sums up his excitement for Gesha Village with these words:  “It’s a coffee that is going to provide a lot of delight to a lot of people and it’s a place that I think will make a mark on the world.”

To add the podcast to your feed, subscribe on iTunes or Soundcloud.

Gesha Village has now been implicated in each of our first three podcasts.  For more information on Gesha Village, listen to the first two.

In 2016, Geoff bought a natural-processed Original Gesha lot from Gesha Village — the first natural Intelligentsia has bought since Geoff’s provocative post to the Intelli blog nearly seven years ago calling for an end to naturals in the specialty market.  In this conversation, Geoff explains the reasons behind the shift and

102: Serendipity and Revival in Ethiopia

Rachel Samuel is a filmmaker-turned-coffee-grower who returned recently to her native Ethiopia to become co-owner and co-creator of the Gesha Village coffee farm, an audacious undertaking in the ancient forests where coffee was born. Rachel speaks with Michael Sheridan about her unlikely path from storyteller to farmer.

The great Isadora Duncan was once asked after a performance to describe the meaning one of her dance sequences.  Her response was one for the annals: “If I could tell you what it meant, there would be no point in dancing it.”

What does it have to do with Gesha Village?

Gesha Village is a farm that inspires plenty of superlatives.  Between our blog posts and our podcasts, we have devoted a lot of conversation to Gesha Village.   All our words are important to put the farm, its mission, its setting and its coffees into context.  But if we could tell you everything that is in those coffees, there would be no point in drinking them.  And drinking them, of course, is the whole point.

But if you want to try the coffee to see what all the fuss is about, you will need to hurry.  Geoff bought four different lots from Gesha Village this year, but only one remains: this Special Selection lot, a day lot of washed Original Gesha whose notes of black plum, fig and cardamom made it one of our cupping team’s favorites.