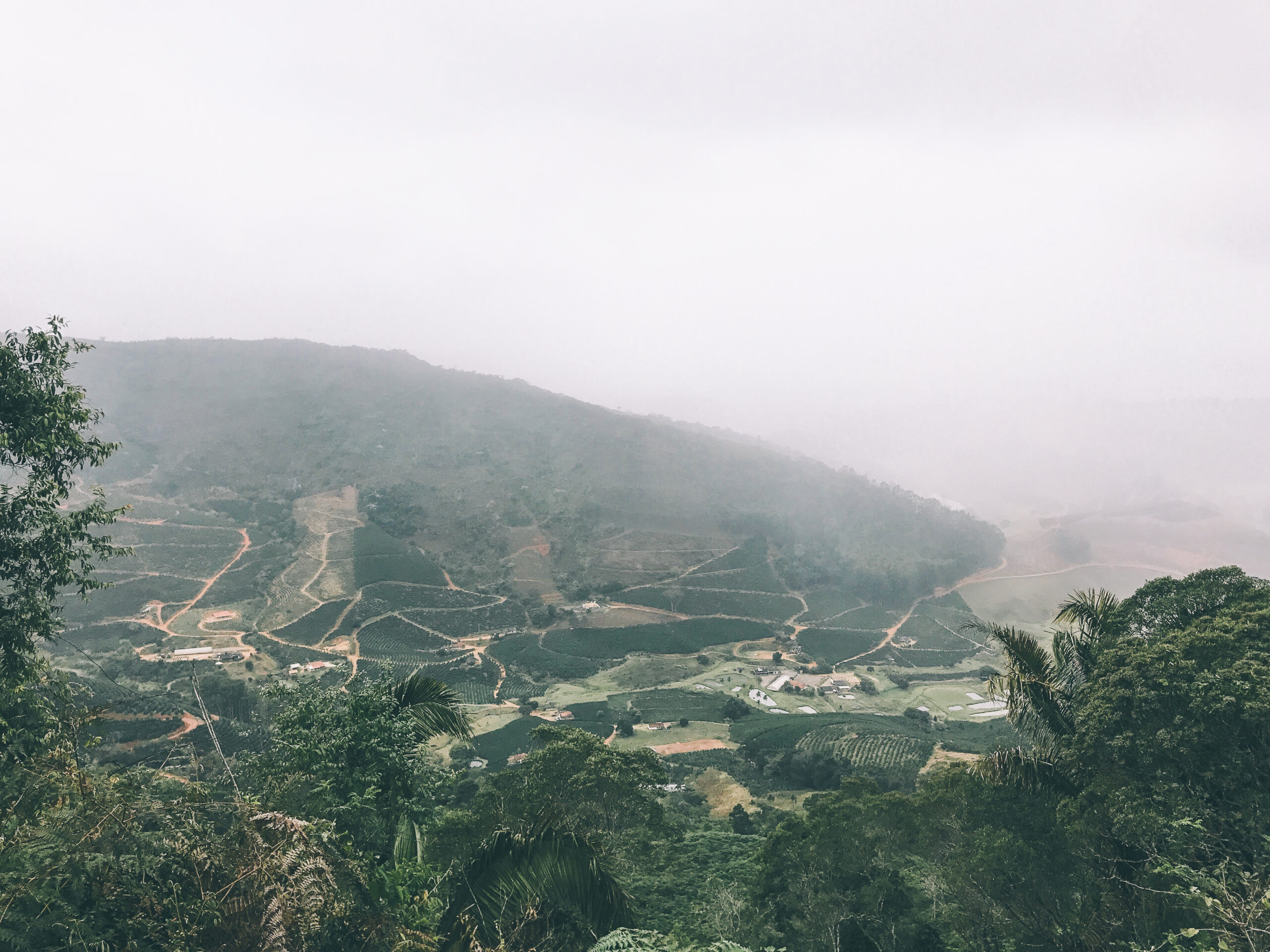 Today we celebrate the inaugural releases of two single-origin coffees: our Port of Mokha Al-Jabal Yemen Special Selection and our Flor de Março Brazil Limited Release.  The coffees come from origins that could not be less alike.  But they have three things in common.  They are both delicious and represent the best of their respective origins.  They are both fly-crop coffees.  And they are both likely to become permanent fixtures on our expanding single-origin menu.

From our President and Green Coffee Buyer for Brazil James McLaughlin:

Flor de Março, which translates literally to March Flower, is a bit of an environmental freak. The coffee in Espirito Santo region flowers in November. Nine months after the coffee tree flowers, the farmer will have cherries ready to pick.

The Flor de Março coffees have some of our favorites from Brazil. Over the past two seasons, we have been working patiently to develop relationships with a small group of family farmers in Espirito Santo who share our commitment to quality.  As we expand our project in Espirito Santo in the years ahead, we will have steadily more coffees from what is probably the most exciting and under-appreciated coffee region in Brazil. In the meantime, enjoy this release and celebrate the impact that Mother Nature has on flavor!