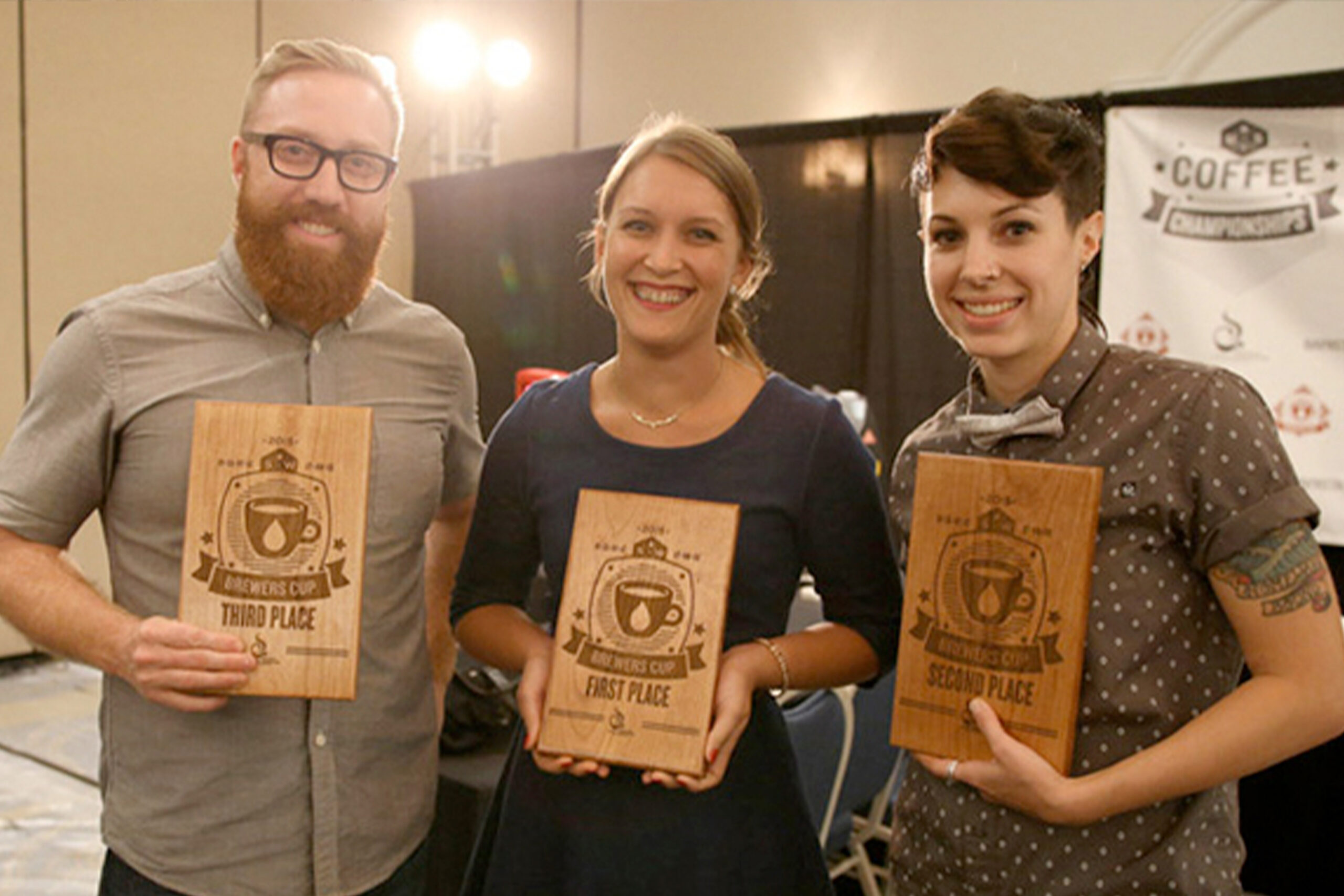 The Big Western coffee competitions wrapped up on Friday and we are extremely proud of our Pasadena shift lead, Sarah Anderson, who won first place in the Southwest Brewers Cup as well as Silverlake manager, Eden-Marie Abramowicz, who took second place in the Barista Competition by just two and a half points.

Eden’s routine used our Limited Edition Reko from Ethiopia, and focused on the language we use to communicate what quality means throughout the supply chain. Her narrative focused on how her daily concerns differed from those of her roaster, Sam, and those of her green buyer, Geoff. Her signature drink involved a base of citric and tartaric acid diluted with some water and honey, a shot of Reko and then an aromatic air (foam), made with King Crimson tea.

Sarah’s win brings the Brewers Cup title back to Intelligentsia, and back to our Pasadena coffeebar, this is the second time the store has produced a regional champion. She now qualifies for the Brewers Cup semi-finals, held this February in Long Beach. You can watch her routine and see her brew recipe here. Eden also now qualifies directly to semi-finals of the barista competition, skipping the quarter finals round reserved for 3rd through 6th place competitors. You can watch her routine here.

Also present at the competition this year were LA wholesale educator Julie Housh and Pasadena educator Casey Soloria. Julie was there in her role as chair of the Barista Guild of America and Casey was there representing Intelligentsia as a sensory judge in the barista competition – both were very helpful in supporting Sarah and Eden. Also there in support were Bailey Manson and Kevin Tabor, retail educators for Venice and Silverlake respectively.

There were many past regional champions participating in this season’s competition, making it one of the most competitive regionals in the country. Eden and Sarah’s success is a fantastic testament to the quality of our coffees, our training and our staff in general. Thanks so much to everyone who supported them, and to Sarah and Eden for representing us so well.