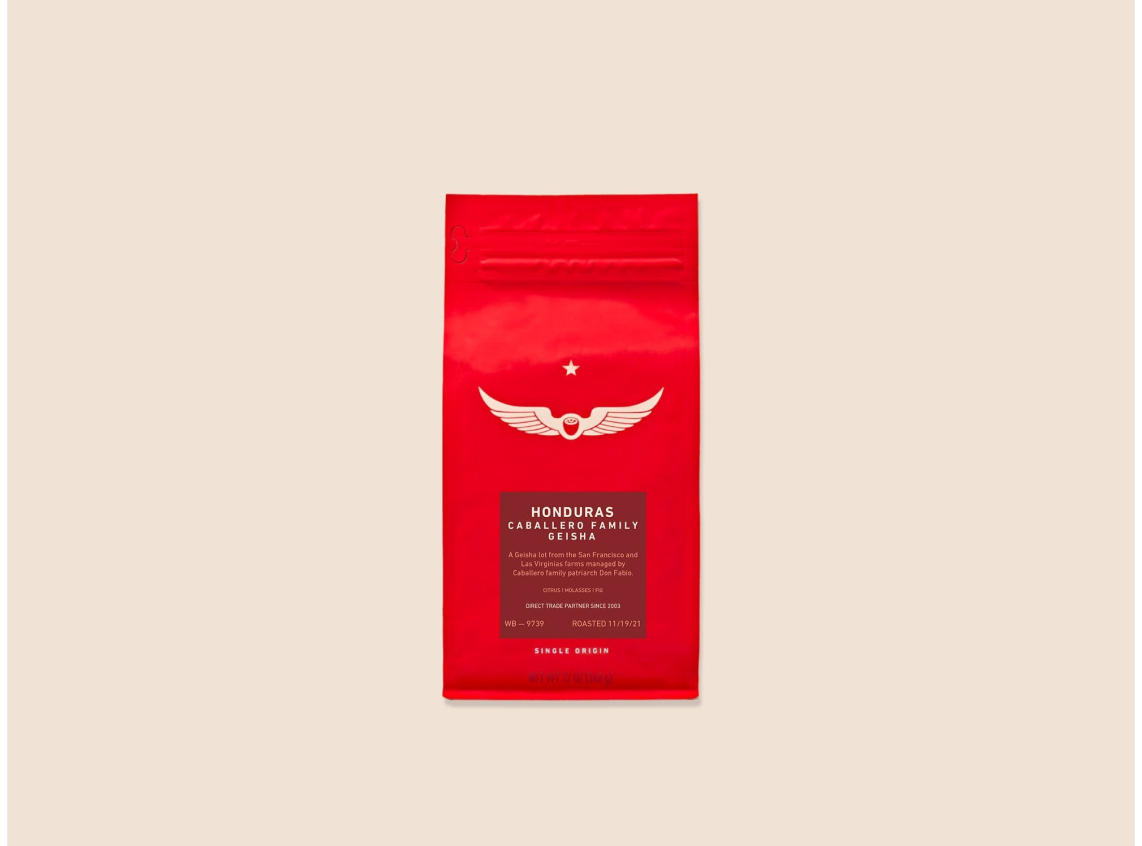 The story of Geisha starts in 1931, when a group of botanists on an expedition in the forests of southwestern Ethiopia collected coffee seed from an area referred to by locals as Gesha. By the middle of the 20th century, descendants of the seeds they collected had made their way to a research center in Costa Rica, reaching Panama by 1963. More than four decades later, the coffee emerged from its anonymity when it floored a group of international judges at a 2004 quality competition in Panama, where it took first place and a new name, Geisha.

In 2012, Don Fabio Caballero planted Geisha seed in a special spot next to a river on his beloved farm San Francisco. His intention was to use the Geisha at San Francisco to generate seed for cultivation somewhere else — a cool pine grove at Las Virginias, his highest-elevation farm. But the Geisha he produced at San Francisco, intended more for seed than for sale, took first place in the Honduras Cup of Excellence competition in 2018.

Geisha cherry in this lot comes from both farms. It is sorted meticulously for ripeness before being processed, then dried exclusively on raised beds located at Don Fabio’s home where he can keep them under close watch. Final preparation is done under the expert supervision of Don Fabio’s son-in-law, Moisés Herrera, in a tiny micro-mill they reserve for their top lots. We hope you enjoy this highly pedigreed variety produced in Honduras by one of our most cherished partners.