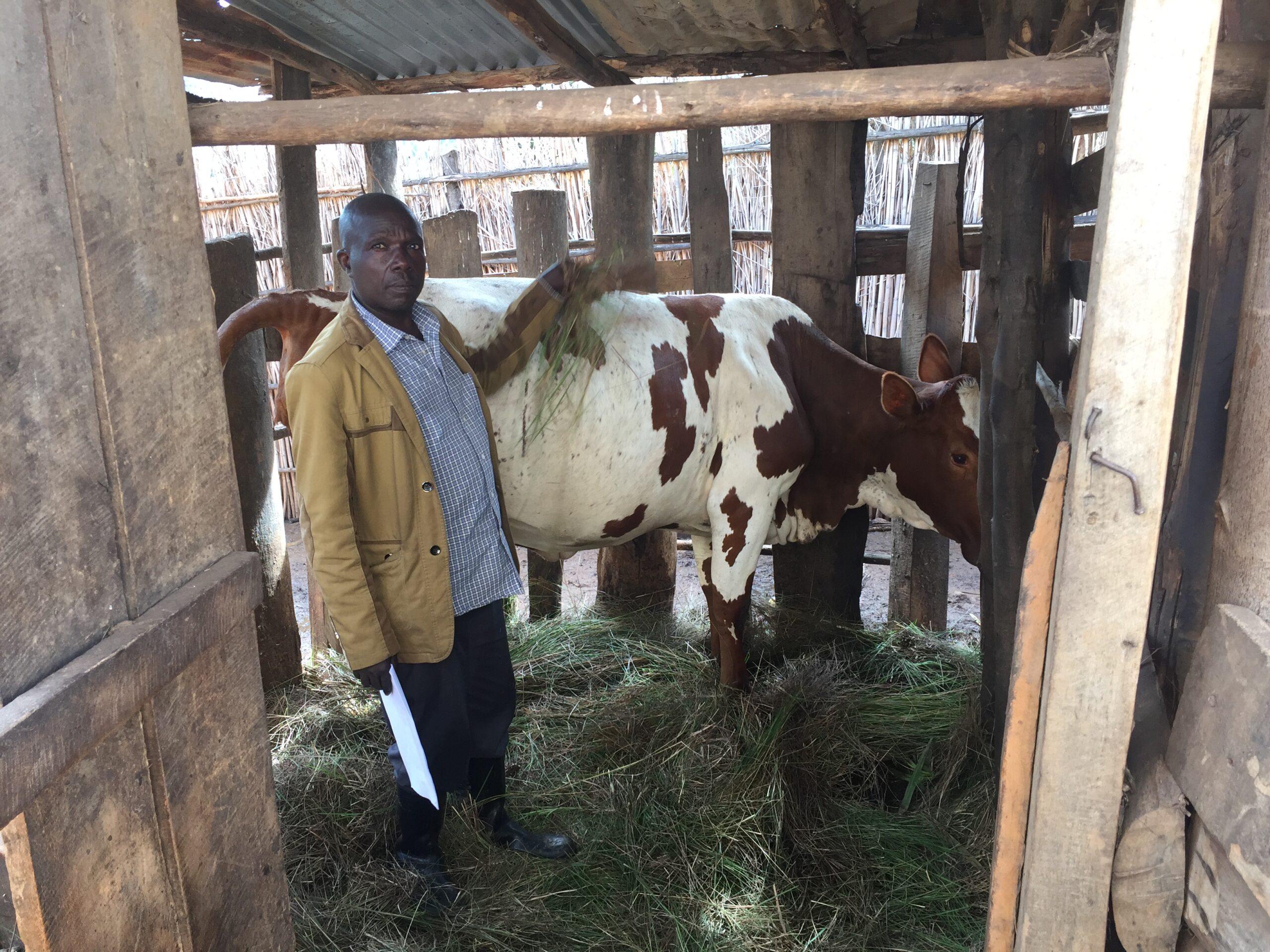 It hardly seems possible that we first tasted coffee from Nshimiyimana Gaspard just three seasons ago. He has become such an integral part of our Rwanda sourcing program, and looms so large in our imagination of what coffee can be, that it seems he has been with us for much, much longer.

The story of our relationship with Gaspard began in 2015, when we were introduced to him by our friends and long-time Direct Trade partners at Bufcoffee.  But Gaspard’s coffee story started nearly 20 years earlier.

Back in 1996, he purchased a plot of land in the village of Kigarama that was separated from Bufcoffee’s coffee washing station (CWS) at Nyarusiza by just a few kilometers of narrow dirt track.  The following year, Gaspard planted his first 100 coffee seedlings, and he has been delivering cherry to Bufcoffee at Nyarusiza ever since they first started yielding fruit.

When Gaspard cast his lot with coffee in the mid-1990s, Rwanda was recovering from a genocide that claimed nearly one million lives in a period of one hundred days, a gruesome spasm of violence that set neighbor against neighbor, decimated the population and left the country’s economy reeling.  As part of the reconstruction of Rwanda’s rural economy, the government set about gathering people into villages, investing in infrastructure and expanding education, including radio programs on agronomy.  During those years, Gaspard listened intently, wrote down as much information as he could and applied what he learned on his farm. His coffee flourished, and his neighbors took note. They asked for his help in bringing his good coffee-growing practices to their farms.  He has happily and humbly being doing so ever since.

From the start, Gaspard was rewarded for the intensity and precision of his effort with high yields.  More recently, he has complemented his effective agronomic practices with an explicit focus on quality.  Along the way, he has reinvested his growing coffee earnings into growing his farming operations.  He purchased and planted seedlings on his first farm until he ran out of room, running the coffee rows all the way to the boundaries of the farm.  Then he purchased a second farm in the nearby village of Bahina, where he continues to plant coffee, steadily improve his agronomic practices, and share what he knows with his neighbors.

The modest coffee grove that Gaspard planted in 1997 has grown to a staggering 23,000 plants, an unthinkable number in a region where most growers have fewer than 500 coffee plants.  At first, his farm grew in small steps based on steady increases in production, then in great leaps and bounds as quality premiums accelerated the rate at which he could earn money and reinvest it.

For years, the cherry Gaspard delivered to the Bufcoffee washing station at Nyarusiza was bulked with that of his neighbors.  Eventually, however, Gaspard was producing enough coffee and delivering enough cherry that Bufcoffee was able to process it separately. Back in 2015, we cupped through dozens of lots offered to us by Bufcoffee that we found to be exceptionally sweet and clean.  One lot consistently separated itself from the pack, sweeter and cleaner than the rest: Gaspard’s.

We have been sourcing coffee directly from growers for more than 15 years, and have been privileged to be part of stirring stories of success just about everywhere coffee is grown.  But it is hard to recall any story with beginnings as humble or growth as dramatic than Gaspard’s.  He epitomizes the promise of specialty coffee for smallholder growers committed to quality and hard work.  And we aren’t the only ones who feel that way.

In 2015, village authorities honored Gaspard as the farmer who applied the best agricultural practices within the district of Nyamagabe, and rewarded him for his work with a cow. This is a great honor in Rwanda, and a valuable asset for smallholder farmers anywhere.  Gaspard accepted the recognition humbly, but it is clearly a source of pride: when he invites visitors to his home to meet his family, he also introduces them to his prized cow.

Gaspard has maintained his focus on quality even as he has expanded his farm and earned accolades.  He continues to work with the same small crew of farmworkers that has accompanied him through the growth of his farming operations, which he continues to oversee directly and manage with precision.  He dispatches workers to harvest specific areas of the farm at specific times, and ensures that they adhere to the strict composting, fertilizing, pruning and nutrition programs that he has developed over the years.

The first year we tasted Gaspard’s coffee, we released a small lot of it as a Zirikana Limited Release, a complement to our traditional Rwanda single-origin offering, Zirikana.  Last year, we presented Gaspard’s coffee as a single-farm lot bearing his name. This year, on the 20th anniversary of his first planting, we are proud to offer you our Gaspard Rwanda.