ECW Day One: It’s On 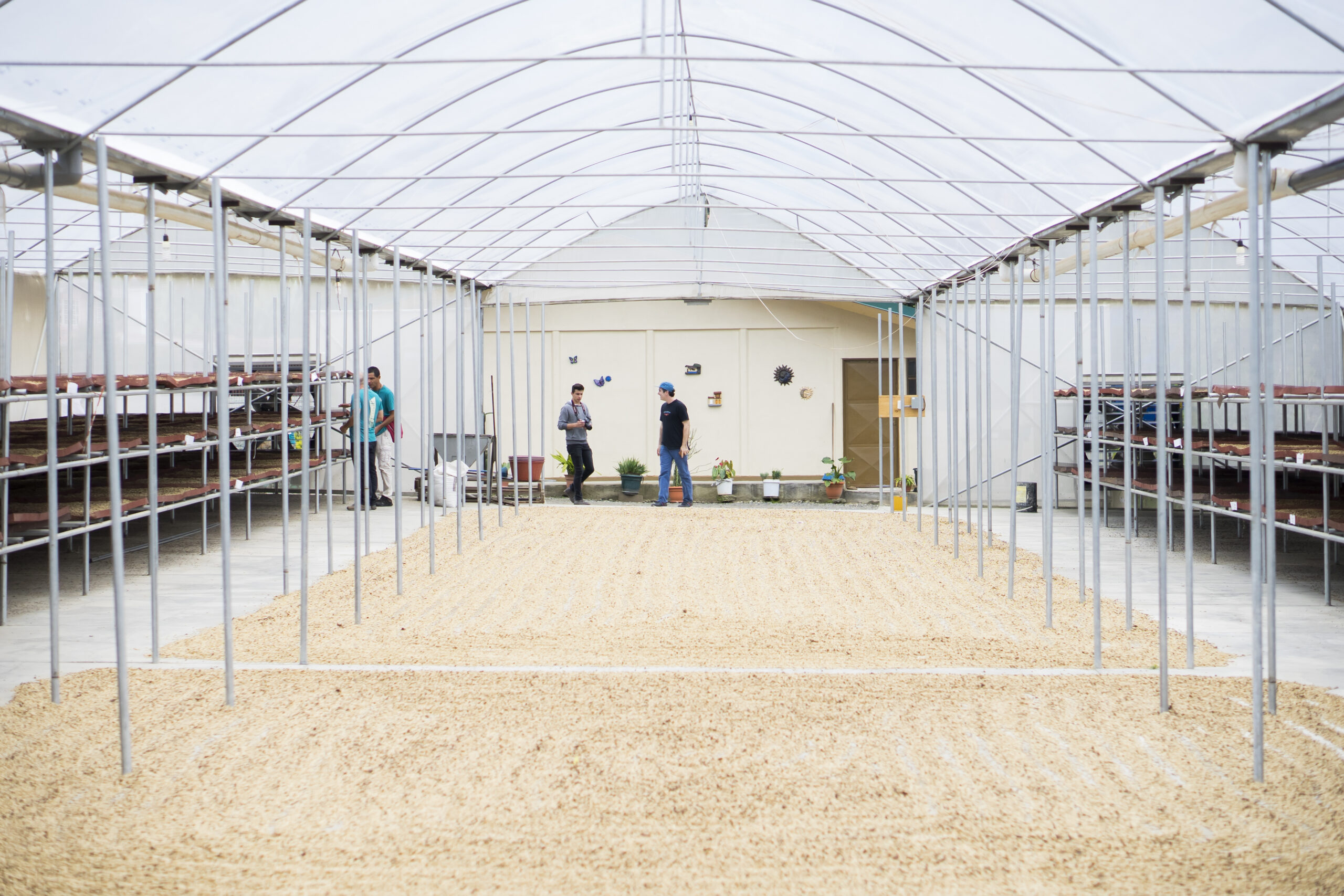 We aren’t storming into coffee fields, wading into washing tanks or mounting an ambitious cupping exercise to inaugurate this year’s ECW. Instead, we are sharing some great coffee with old friends and settling in for thought-provoking presentations by three experts from World Coffee Research.

In an era of accelerated climate change and declining suitability of some of the world’s most celebrated coffee origins for coffee production, WCR is beacon of hope: an industry-led effort to alleviate constraints on the growth of the specialty market by delivering new coffee varieties, genetic resources and other technologies to coffee growers around the world. Currently, WCR is working throughout Central America with funding from USAID on an ambitious range of activities being led out of the Costa Rica-based research center CATIE. The leaders of three of those initiatives join us to start this year’s ECW.

Sara Bogantes is a coffee grower and researcher who leads WCR’s on-farm demonstration trial. The OFDT involves growers across Central America who have each set aside a half-hectare for varietal research. On these plots, OFDT will determine how leading resistant varieties perform on a range of metrics (productivity, resistance to drought and disease, cup quality, etc.) under different management regimes, in different production systems and across a range of agroecological zones. Sara will explain the OFDT design, advances to date, early insights and future directions, embedding this initiative in the broader context of WCR’s work.

William Solano has worked for more than 20 years as a coffee breeder. He is leading WCR’s breeding program at CATIE, which houses the largest public collection of coffee germplasm in the Americas. In its quest for the Holy Grail of coffee breeding–varieties that simultaneous deliver complex and mouthwateringly delicious coffee to consumers and robust resistance to disease and drought to growers –WCR has identified 100 accessions of coffee from the CATIE collection that represent about 90 percent of the known genetic diversity of the coffea Arabica species. It is crossing these accessions with leading resistant varieties to develop new coffee varieties that help coffee growers confront growing challenges in the field and seize new opportunities in the marketplace for quality coffees.

Jacques Avelino is a senior researcher at the French research institute CIRAD who has been studying coffee leaf rust for longer than many of my colleagues at Intelligentsia have been alive. He will focus on WCR-funded research he is leading in Central America into what he calls “the rust machine.” I first saw Jacques present this concept in Guatemala back in 2013 during the First International Coffee Rust Summit. The rust machine considers the dynamic interactions between 18 different variables that influence the coffee leaf rust life cycle to model the way they impact the incidence and virulence of CLR. These include shade, wind speed, precipitation, fruit load, planting distances, timing and dose of fungicide application, etc. At the time I saw the 2013 presentation, certain relationships embedded in the machine were based on hypotheses; in his current research, Dr. Avelino is testing those hypotheses directly. A moderated discussion involving all three panelists closes the morning session.

Next, we head to Finca Tres Milagros, a Costa Rican farm owned by Camilo Merizalde, a grower whose name will be familiar to Intelligentsia loyalists. His Santuario farm in Colombia, which was planned for more than three years and featured more than a dozen different varieties when it was established, broke new ground in specialty coffee. (The Sanutario Red Bourbon, on our menu now, has been a perennial favorite of Intelligentsia customers.) Camilo produced his two outrageously flavorful Eugenioides lots (one washed, one natural, also on our menu now) on his Inmaculada estate. After being Camilo’s guests for lunch on his farm here in Costa Rica, we will tour Finca Tres Milagros to see Camilo doing more of what he does best: varietal diversification and innovation for quality. The tour will end on a high note: a coffee service in the coffee fields.

We finish the day with meetings between growers and buyers and dinner together before getting some rest in advance of Day Two.