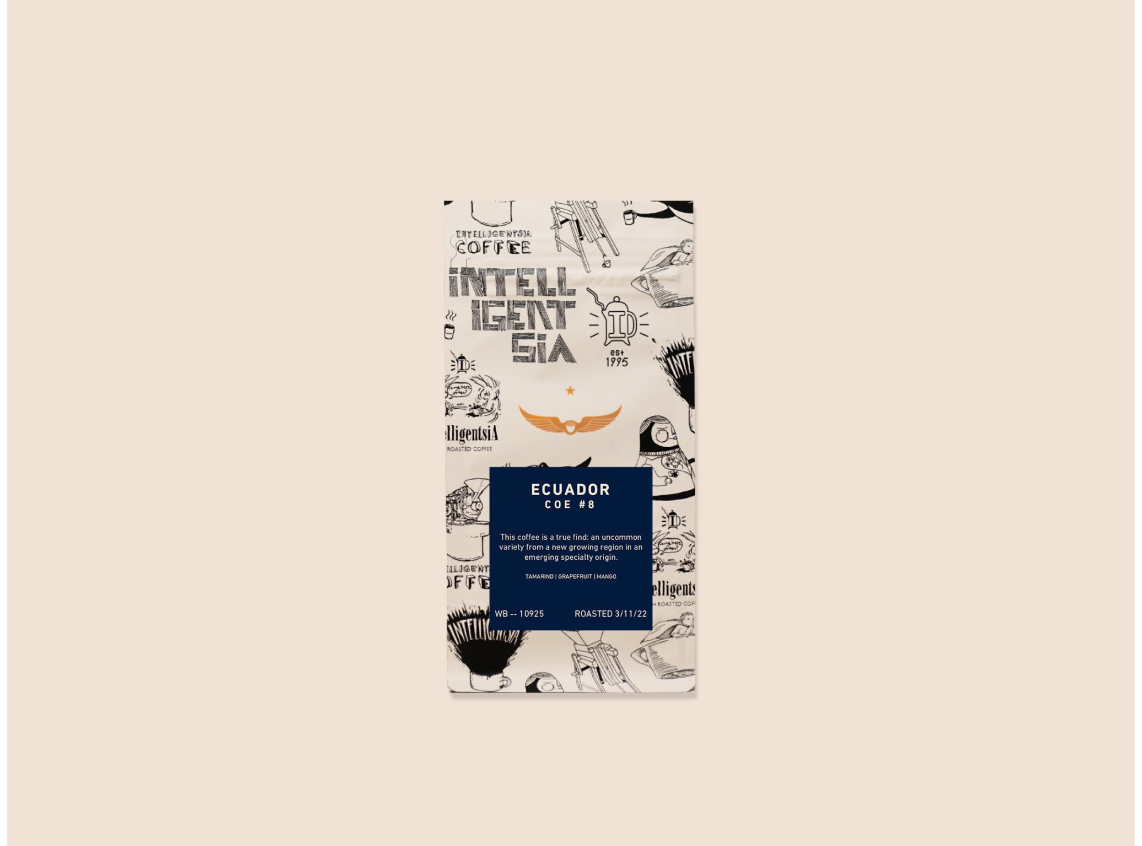 This lot was a revelation for our coffee team — a variety we have never tasted from a region where we have never sourced in an origin that hasn’t been on our menu in more than five years.

It would be fair to call Ecuador an emerging specialty coffee origin, but it would also be fair to say that it has taken its time in emerging.

Immediately before I came to Intelligentsia in 2016, I spent five years living in Ecuador and working with growers there and in neighboring Colombia.  I read multiple accounts during those years that suggested Ecuador was the next big thing in specialty coffee.  When I pointed those articles out to my friends in the local coffee trade, they told me people had already been saying that about Ecuador for the better part of a decade.

What seemed to be beyond dispute was that Ecuador was capable of producing truly extraordinary coffees. My own experience in Ecuador bore that out.

At the time, I was roasting my own coffee, conspiring with the few quality-focused operators in Ecuador (and a few of the many quality-focused exporters in Colombia) to get 10-kg bags of the best lots they sourced for export. And the best lots I had from Ecuador held their own against the best from its mighty neighbor to the north.

This year, Ecuador’s first Cup of Excellence competition has shown the world what I and other fans of Ecuadoran coffee have known for years.

It has also helped focus attention of buyers like Intelligentsia on Chimborazo, an emerging region within an emerging origins.  The most widely recognized specialty coffee region within Ecuador has always been Loja, which lies as far south as you can go without leaving the country, pressed against the border it shares with Peru. Then over the past decade, the provinces of Pichincha, Imbabura, and Carchi each took turns as the next big thing.  But Chimborazo rarely entered the conversation.  Until now.

This lot comes from Finca Lugmapata, a farm in the community of Pallatanga that has been in the Merino family since 1901, but only recently turned its attention to coffee. The farm was started in 2012 with plantings of Caturra, Tipica, Geisha, and the variety of uncertain provenance in this lot: Bourbon Sidra.  In most accounts, its origin is traced to a now-defunct breeding program Nestlé ran for years at its former research center in the northern part of Pichincha.  Whatever it is and whatever its origins, it’s delicious — good enough to rank among the 10 best coffees in Ecuador and give our tasters notes of tamarind, grapefruit, and mango.  Not bad for a variety of obscure origins in a little-known region of an emerging coffee country on a farm barely 10 years old.