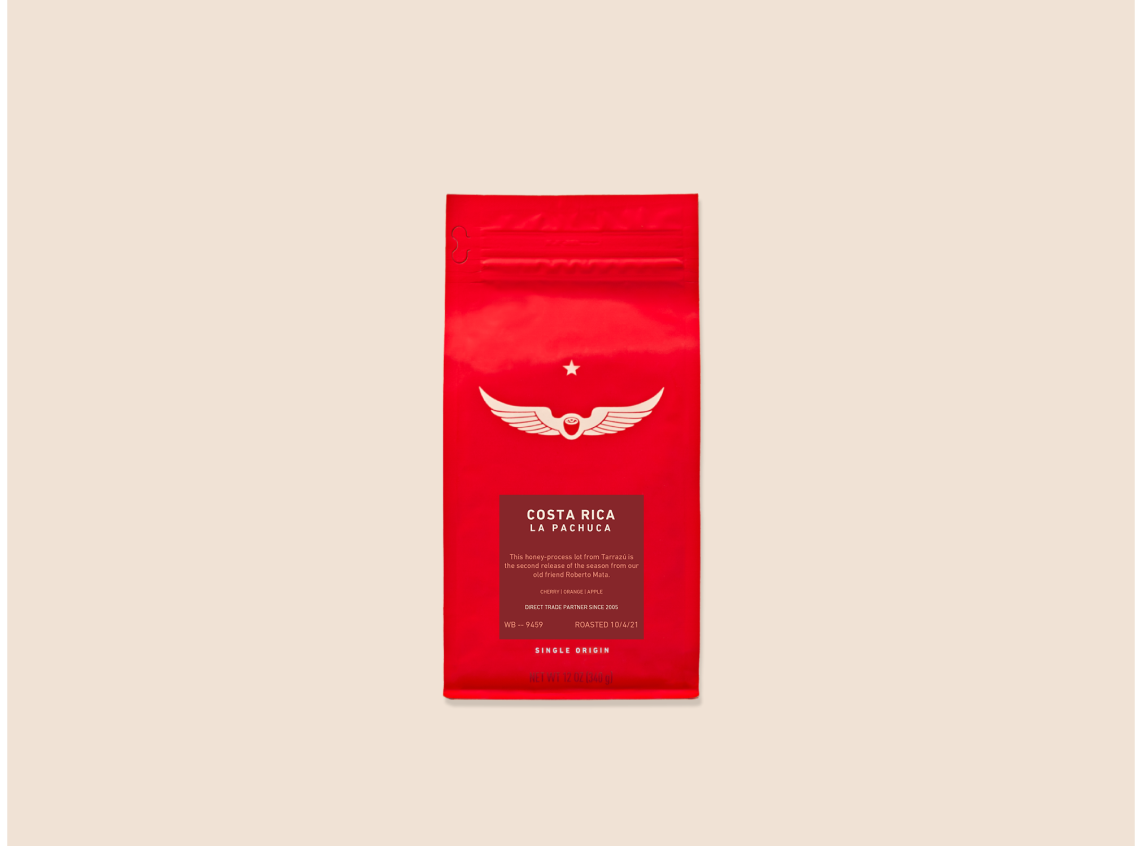 That was nearly 40 years ago, and he has been growing coffee ever since, demonstrating the same tendency to experiment and innovate that made his parents successful. As a grower, Roberto is focused on quality without compromising on productivity, consistently producing coffees that are clean and sweet.

As a cooperative leader for the better part of two decades, Roberto helped make Coopedota one of the most successful farmer enterprises in Costa Rica, uncommonly focused on quality, consistently innovative in post-harvest processing, and deeply committed to environmental conservation.

Today, Roberto is bringing all that experience to bear on M+M Pura Vida, a family-owned enterprise that processes and exports coffees from his farms and those of his wife and children. This lot, the second of two single-origin releases from M+M Pura Vida this season, is a honey-process lot from La Pachuca, a three-hectare farm where he grows Catuai and Caturra cultivars in some of the country’s highest-elevation coffee forests.