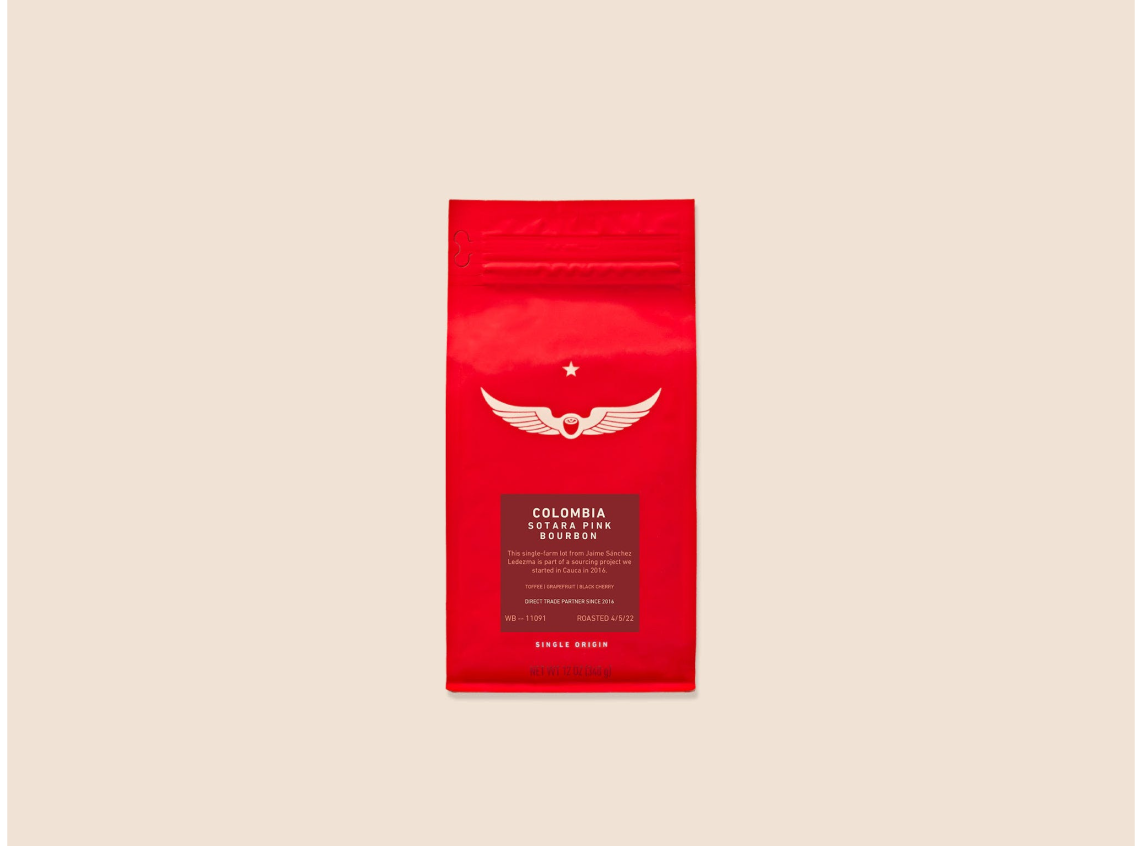 Pink Bourbon has become a downright trendy phenomenon during the last several years, as word of its quality has spread among buyers, baristas, and farmers alike. As a result, demand for this mysterious cultivar has grown like crazy in all three circles. Its mystery lies in the competing accounts of its genesis. Some believe it is a mutation of a red Bourbon in which a recessive gene responsible for cherry color causes its pinkness. Others describe it as a hybrid between red and yellow Bourbon types. One genetic finger-printing test conducted on the samples indicated that there is a high percentage of Ethiopian heirloom genes alongside some associated with Colombian hybrid varieties. And to add to the controversy, it doesn’t really even look pink! Many observers find it to be more orange. Whatever its provenance, one thing cannot be disputed: the flavors it produces are consistently delicious. cannot be disputed: the flavors it produces are consistently delicious.

This one comes from the El Cabuyal farm of Jaime Sánchez Ledezma in Sotará, Cauca. Since 2016, we have been working there with a growing group of smallholder farmers in partnership with our friends at Banexport, who have been actively facilitating the spread of Pink Bourbon.