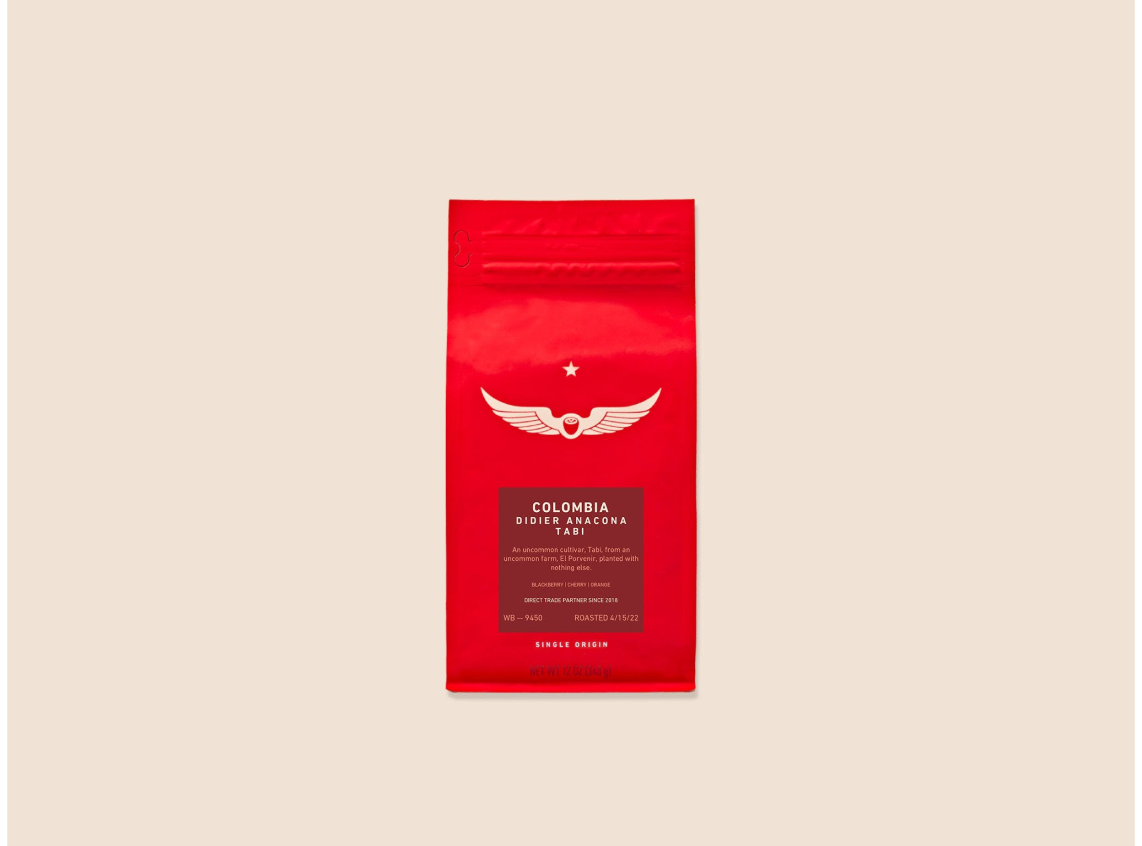 At Finca El Porvenir, vigorous and healthy-looking coffee plants line the edge of a canyon, planted with plenty of space between them so that they can stretch and breathe. Plentiful ground cover protects the soil from the sun, with small drip irrigation lines providing a lifeline to water when needed. Butterflies and bees, our world’s most important pollinators, are everywhere doing their thing.

Didier Anacona, owner of El Porvenir, conveys both an intuitive understanding of the environment and a genuine love for the natural world. He’s got two different types of bees on the farm that produce an especially acidic and complex honey that is also known for its medicinal properties. Their presence in the coffee field is also quite likely one of the reasons the coffee tastes so complex.

The entire farm is planted with a single variety known as Tabi that is both highly underrated and comparatively rare. It was developed by Colombia’s co ee research institute decades ago in an effort to marry high-quality sensory attributes with resistance to a common co ee fungus called Coffee Leaf Rust. Tabi was released in 2002, caught on slowly, and was quickly overshadowed by the Castillo variety introduced just three years later. Señor Anacona chose to plant Tabi because he’d heard good things from friends and was intrigued by its potential. It was a calculated risk that paid off: it is gaining popularity quickly throughout southern Huila as word of its quality spreads.