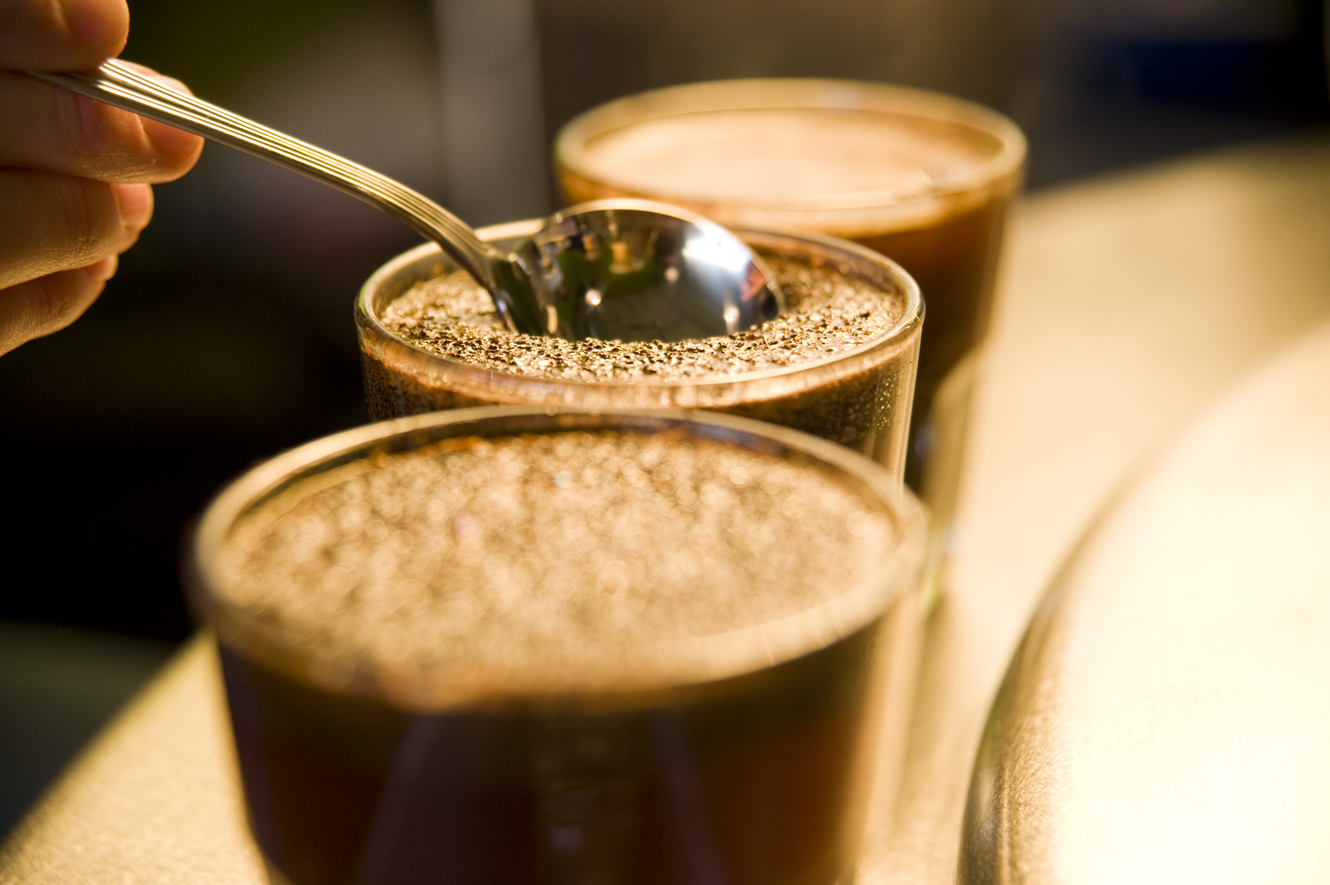 This week we begin our releases of not one, not two but three winners of recent Cup of Excellence competitions in Colombia and Peru.  It has been a few years since we have had CoE coffees on our menu, so here are some CoE basics to jog your memory, courtesy of my colleague Geoff Watts, who has been involved from the beginning and served on more than 20 juries to date.

What is Cup of Excellence?

The Cup of Excellence, or “CoE” for short, is the world’s most rigorous and prestigious coffee quality competition. It is the only truly international competition in existence, serving 10 different producing countries and exporting coffees to every major consuming market via an online auction.  It is considered the gold standard for coffee tasting events.

What is the purpose of CoE?

The CoE was developed with four goals in mind:

[1.] serve as a discovery mechanism for coffees of exceptional quality that do not have clear paths to markets that reward quality;

[2.] create a prominent international stage for those coffees on which the growers who produced them and the origins in which they were grown can show a highly discerning and influential audience what they are capable of;

[3.] promote the values of transparency and traceability in the coffee industry; and

How does it work?

The competition takes place every year at the end of the harvest season in each of the participating countries. There are six separate rounds for each competition, followed by an online auction.

Up to 1,000 coffees or more are submitted by farmers wishing to compete. These are evaluated over a period of the weeks by a panel of national cuppers.  Coffees that score 86 points or higher are qualified to move on to the next stage of the competition.

The coffees that are pre-selected in Round 1 (up to a maximum 150) are then roasted a second time and submitted to a National Jury comprised of as many as one doze of the best tasters in the host country. Up to 90 coffees scoring 86 points or above move on to the next round

Lots that survive the second round are roasted and tasted one final time by the National Jury, with up to 40 coffees scoring 86 points or above moving on to the International Jury segment of the competition.

In the third round, all the coffees that survive the National Jury segment are cupped by an International Jury made up of 20-25 professional cuppers from leading consuming markets from around the world, generally Japan, Korea, Europe, Scandinavia, Australia and the United States.

On the final day of the competition, the 10 highest-scoring coffees from the first two heats of the International Jury round are roasted a third time, scored and ranked to identify an overall winner.

That evening an awards ceremony is held and the winners are revealed. These events are a BIG DEAL in coffee-growing countries, often attended by heads of state and other high-placed government officials. The excitement among the farmers in attendance is tremendous, because winning the CoE can completely change the trajectory of their lives for the better. There is a long list of past winners who were on the verge of failure before getting discovered in the CoE and who today are among the most successful coffee farmers in their respective countries.

Why is it considered the gold standard for coffee competitions?

There is no other coffee competition that comes close to the rigor and the discipline of a Cup of Excellence. Every coffee that reaches the finals goes through a minimum of five rounds of evaluation to get there, and hundreds of individual cups are tasted for each sample. Even a single defect can cause a coffee to be eliminated from the competition, and more than three dozen individual tasters from different countries need to agree on a coffee’s quality for it to make it through to the end of the competition. It is extremely hard to win a CoE.

There is also an unmatched level of traceability and transparency in the process.  International auditors are hired to oversee and manage the sampling process, and only they have access to the codes. Each coffee that passes pre-selection is held in a bonded warehouse under lock and key, and only the auditors know the identity of the coffees until the codes are revealed on the night of the awards ceremony.

Who runs Cup of Excellence?

CoE is owned and operated by the Alliance for Coffee Excellence (“ACE”), a non-profit organization committed to promoting quality in coffee and creating opportunity for coffee growers.

Why is CoE such a big deal in coffee-growing countries?

Cup of Excellence has had an outsized impact on coffee growers around the world, and has played a pivotal role in helping us develop the long-term sourcing relationships behind some of your favorite coffees.

CoE has delivered more than $55 million to coffee growers around the world since it started — revenues to which those growers simply would not have had access in the absence of the CoE competition and auction.  But the real impact of CoE goes well beyond the dollars and cents generated at auction.  Over time, the benefits of sustained access of CoE winners to Direct Trade relationships and the expansion of the specialty sectors in CoE origins is exponentially greater.  According to an impact assessment commissioned by ACE and published by the non-profit TechnoServe in 2015, when the value of expanded access CoE was $137 million in Brazil alone.

What is Intelligentsia’s history with CoE?

Intelligentsia has been a vigorous supporter of CoE almost from its inception.  We were a major U.S. buyer of winning CoE lots during the competition’s early years, and have participated in more juries than any other U.S. roaster.  Geoff has been on the jury for the inaugural competition in seven of the 10 countries where CoE has been held, and more than 20 juries in total.  He is also a current member and past chair of the ACE Board of Directors.