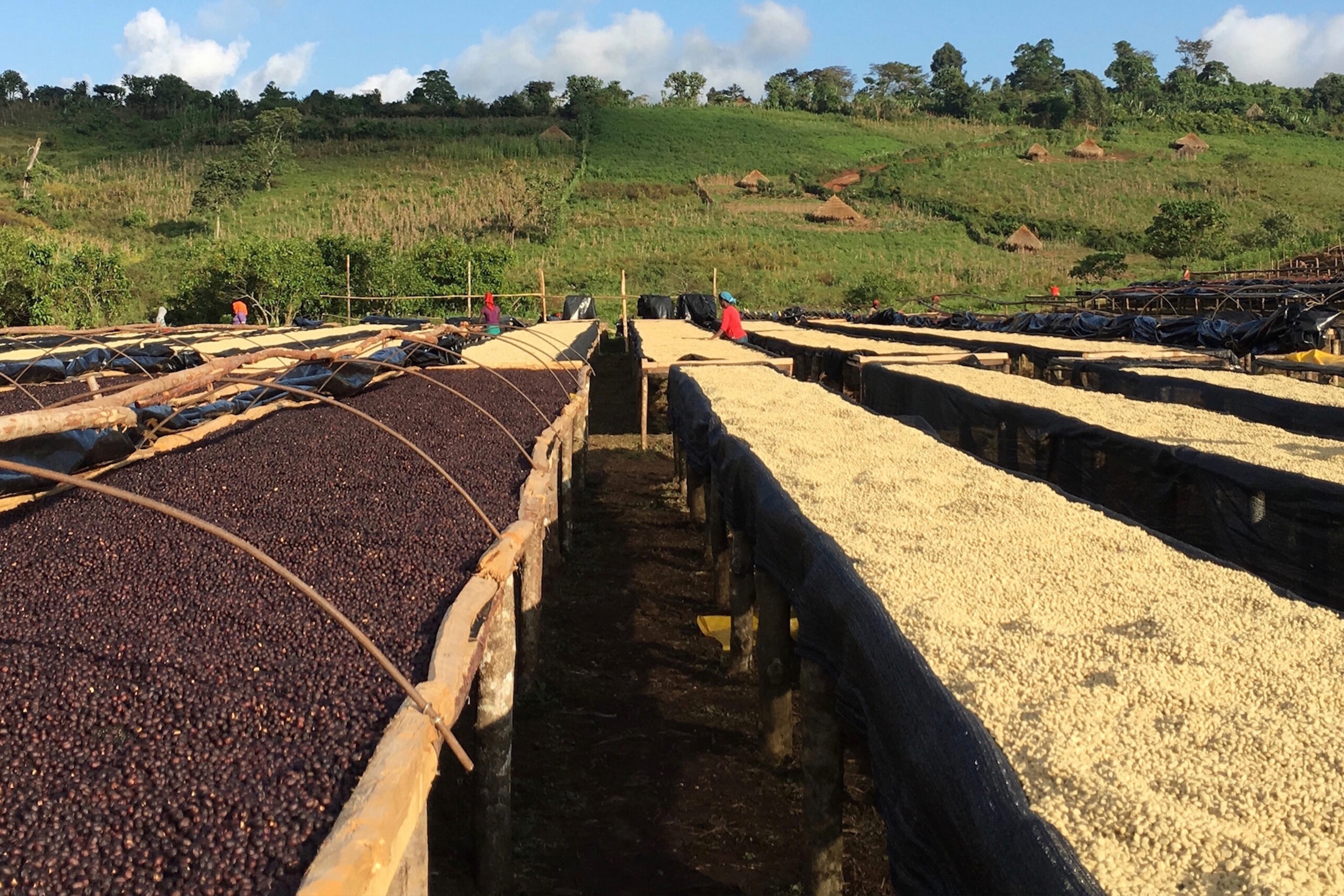 Nearly seven years ago, in early 2010, my colleague Geoff Watts wrote five lines that threw shade at natural-processed coffees and cast a long shadow over years of debate in specialty coffee over the proper role of naturals.

In a blog post titled “The Next Movement,” he looked back at the decade that was ending and ahead at the decade to come and presented two lists: one list of coffee trends he hoped would become “historical footnotes,” and another of things he wanted to see more of in specialty coffee.
The very first item on the list, the coffee trend Geoff most wanted to see disappear, was “the near-fanatical obsession with dry-processed coffees.”
The case against naturals was so self-evident to Geoff that he presented his opposition with all the precision of a mathematical formula: “increased risk for the farmer + significant loss of varietal/terroir nuance in the cup + likelihood of current trend reversing itself at some point = probably not the kind of coffee we want to promote.”

The provocative post stimulated a public conversation, mostly on the pages of James Hoffmann’s jimseven blog, which was joined by some of the brightest lights in the specialty coffee firmament. Geoff and James participated, of course. So did Peter Giuliano and Price Peterson and Graciano Cruz and Tom Owen and Kevin Knox, among others. The conversation was civil, constructive and formative for countless young coffee professionals like me trying to make sense of the intense fruit flavors in the natural coffees that were surging in popularity at the time.

Through it all, Geoff stuck to his guns, arguing against naturals.

Then this year, something funny happened. He bought a natural. We release it next week as part of an extraordinary special collection of two lots of Original Gesha from Gesha Village in Ethiopia, one washed, the other natural.

For more on this decidedly unnatural purchase, listen to the inaugural episode of the Intelli Sourcing Sessions, our new podcast about coffee’s origins.

Listen on Soundcloud or via iTunes Podcasts.