An architectural approach to agriculture 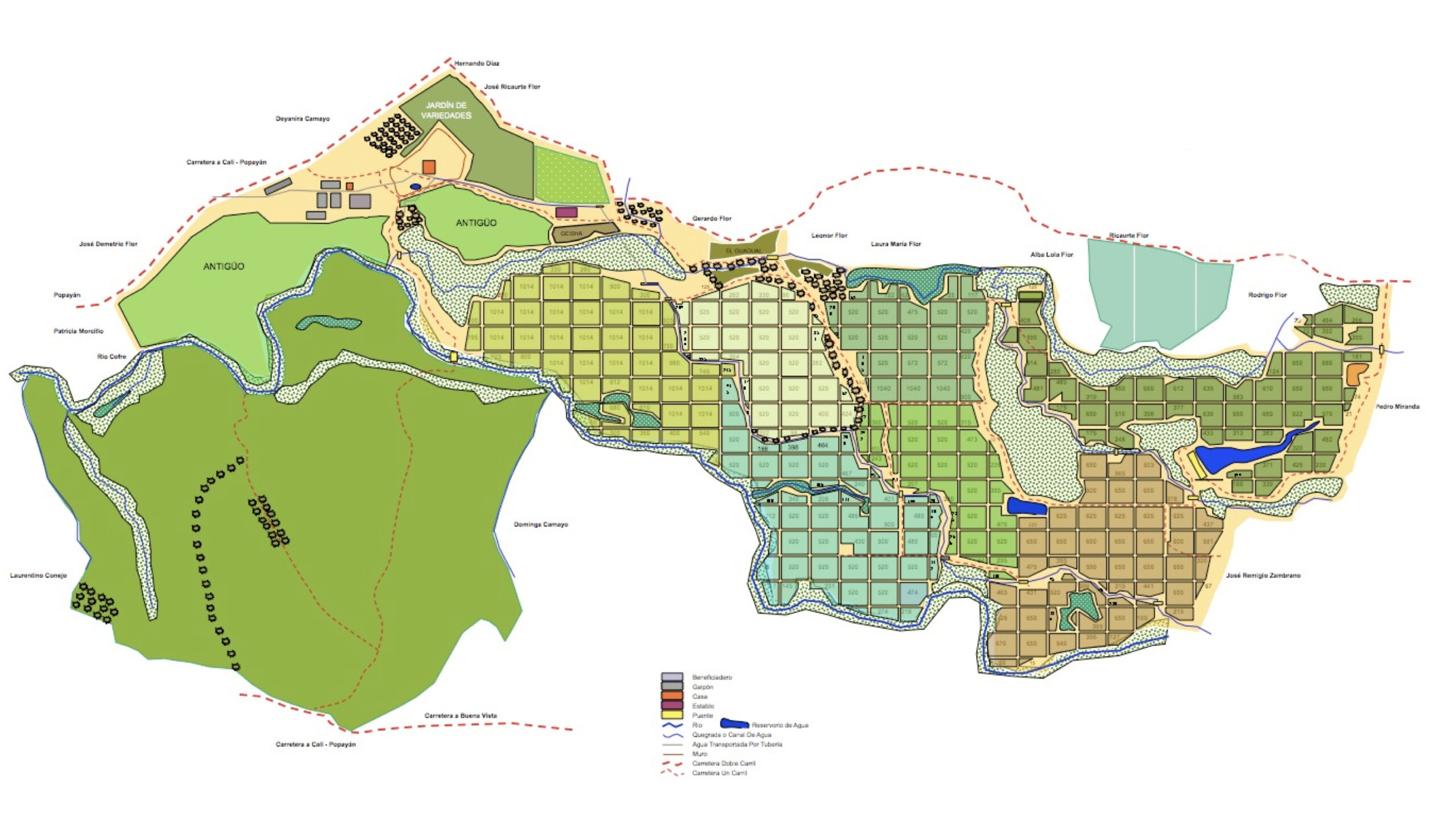 From our Vice President of Coffee and Colombia Buyer Geoff Watts:

The Santuario Farm Project was created in 1999 by visionary farmer-in-training Camilo Merizalde.  His explicit goal was to produce extraordinary coffee using traditional heirloom varieties that had nearly disappeared from Colombia. It was a huge leap of faith and more than a decade ahead of its time.  In those years, the idea of planting fragile varieties known to have low yields was considered a fool’s errand, extremely risky given the conditions in the marketplace and region.  Back then, specialty coffee was still a niche industry known more for French Roasts and Vanilla Lattes than for rare coffee types.

Nearly 20 years later, the farm is living, breathing proof-of-concept.  Camilo hasn’t merely demonstrated that it is possible to build a sustainable coffee farm on a vision that values quality over quantity, balances biodiversity and productivity and sees the heirloom coffees of Colombia’s past as the best bet for its future.  He has demonstrated that, if financial profitability and resilience in the face of climate change and volatile markets are important parts of sustainability, this vision may be the best blueprint for the future of coffee.  It is a model that farmers around the world have replicated, but few have matched.

An Architectural Approach to Agriculture

Nothing about the blueprint of the farm is arbitrary or accidental. Before a single seed was planted, Camilo spent two years investigating the critical factors that contribute to quality coffee production and plant health.  In consultation with agronomy experts from Colombia, Central America, and Japan he slowly developed a plan for his farm.  There would be wide spacing between rows of coffee to allow light and air to reach the cherries, promote good productivity and discourage disease. He would plant a diverse selection of leguminous trees and vegetation to provide shade, protection from winds, moisture retention and leaf litter as mulch to deliver nutrients and organic matter to the soil.  This biodiversity, while costlier initially, is the basis for long-term sustainability on any farm.  Creating an environment where nature can work its magic in the form of interdependent biological systems that support plant and animal life is critical to maintaining a healthy farm environment.

Camilo approached the layout of the farm as any good architect would, plotting it out meter by square meter and making arrangements that made sense based on the existing environment.  The original map of the farm is pixelated to detail every tiny parcel, with precise demarcation of all the various types of trees and shrubs planted there.  He chose specific varieties to plant after studying the specialty market and consulting with friends.  Rather than pick the high-yielding, easier-to-grow varieties widely available in Colombia like Caturra or variedad Colombia, he chose heirloom types known for their ability to produce sensational tasting coffee seeds.  Old Typica and Bourbon stocks are generally less productive and more fragile than the hybrids that are more commonly cultivated today, but they have a much higher ceiling when it comes to cup quality.  He planted them in distinct sections, keeping each lot restricted to one type so that the different varieties could be easily kept separated during harvest.

The Santuario experience has been a gustatory journey without end, filled with discovery and invention and an endless variation of flavors.  It is a real-time experiment that has generated new knowledge about the best way to manage a boutique farm at scale, and its coffees have become a reliable, perennial standard for our customers.  Each season offers slightly different forms of the same kind of pleasure, and the wellspring of flavor at Santuario is virtually inexhaustible.

The farm has occupied a feature role at many groundbreaking Intelligentsia events of the last decade. Our inaugural Extraordinary Coffee Workshop took place there back in 2009 and launched an institution.  The next year we hosted an ambitious coffee tasting dinner at our Pasadena shop where local chefs developed an eight-course meal, each dish constructed to pair with a single coffee from the Santuario variety garden and reflect its most outstanding traits. More recently, we began showcasing individual cultivars in special edition tins created to allow our customers to experience how genetic differences between tree varieties can lead to intriguingly distinct flavor characteristics, even when these trees are grown under identical conditions. Naturally, Santuario was at the center of that exercise.

We often bring in Bourbon varieties from Santuario, sometimes with red cherry and sometimes with yellow.  This this year we are featuring a red Typica specimen that caught our fancy.

World Coffee Research calls Typica “one of the most culturally and genetically important C. Arabica coffees in the world” for good reason.  Typica is a tall, gangly tree with an important role in coffee´s history as the ancestor to many of the planet’s most celebrated coffee types, from Java to Blue Mountain. It was the coffee that seeded Yemen’s emergence as a global coffee power, the one that later traveled both east and west to become the rootstock used to establish coffee industries in countries as diverse as India, Jamaica, Indonesia and Colombia. Today it is increasingly difficult to find, as most farmers have transitioned to more modern varieties selected for their vigor and ability to generate higher yields. Typica is one of the least productive coffee tree types, and for that reason has largely been replaced over the past few decades. Thankfully there are still some farmers around the world who continue to keep these trees in production and preserve their legacy for the coffee drinkers of today to enjoy and appreciate.  This ancient seed is renowned for delicate, nuanced flavor and produces gorgeous flavors that remind us why coffee was once considered a sacred drink.  This year’s Red Typica harvest at Santuario reminds us of pomegranate, plum and lime.